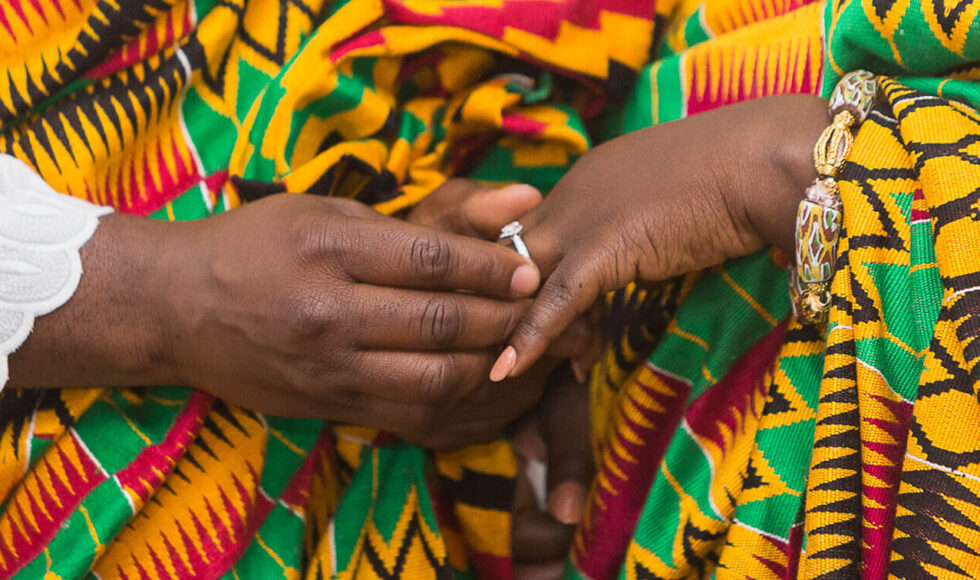 In line with the Citizens Right Agreement, the EU Settlement Scheme (EUSS), was established to enable EU, EEA, and Swiss citizens resident in the UK by the end of the transition period on the 31st of December 2020 and their family members to get the immigration status they need in order to continue to live, work, study, and access benefits and service, such as healthcare, in the UK after 30th of June 2021.

This is basic rule of protection for EU, EEA and Swiss nationals who were resident in the UK by the end of the transition period, 31st of December 2020.

However, in clear departure from the Citizens Rights Agreement, and the United Kingdoms own Appendix EU of the Immigration Rules, the Secretary of State has begun refusing some applications which were made before the deadline, (that is applications which were made within the grace period that elapsed on 30th of June 2021), because in the view of the Secretary of State, although the customary marriages were contracted before 31st of December 2020, the accompanying registration certificate documents proving the existence of the marriage were procured after the transition period 31 December 2020, although before the end of the “Grace period” 30 June 2021.

The Secretary of State is wrong in her assessment of when the customary marriage took place, vis a vis the “specified date” in its decision-making process.

It seems that the Secretary of State’s is relying on the date of registration of the customary marriage as the date the applicant married and therefore became a spouse (family member) from that date. Of course, such assessment ignores the rules of a valid Ghanaian customary marriage.

“The celebration of marriage by proxy is a matter of the form of the ceremony or proceeding and is not an essential of the marriage, and there is no doctrine of public policy which invalidates in this country a proxy marriage celebrated in a foreign country between a person domiciled in England and a person domiciled in that county, provided that the form of the ceremony or proceeding is valid in that country and is performed strictly in accordance with the laws of that country and contains nothing abhorrent to Christian ideas.”

As case laws have shown over the years, valid Ghanaian customary marriages are legally contracted before official registration is done. It is therefore strange, to say the least, that marriages which were contracted before the transition period of 31st of December 2020, although registered during the grace period by the 30th of June 2021, and are valid under Ghanaian law, are not being accepted as valid from the date the marriage was contracted.

Some knowledge of the basic rules of Ghanaian customary marriage will be helpful in this exercise.

It was held in the leading case of Yaotey vs. Quaye [1961] GLR 573, that the essentials of a valid marriage under customary marriage are:

The notion of “family” is well established in Ghanaian customary law. It refers not to the conjugal family but to the lineage into which the person is born.

It was also quoted and accepted as a statement of the Ghanaian law by the English Court of Appeal in McCabe vs. McCabe [1994] 1 F.L.R. 410. A decision on a matter of foreign law, this was a decision on a question of fact.

Under the laws of Ghana, no particular ceremonies are prescribed by the customary law as essential. However, in practice, a Ghanaian family is unlikely to give consent to an important event such as a marriage of one of its members, except at a gathering, attended by all the senior members of the family for whom it is practical to attend, and where series of customary procedures take place.

Since the “ceremony” is held for the purpose of the families giving their consent, it follows that it is not essential for either or both of the spouses to attend. A valid customary marriage is said to have been formed once the families give and accept the consents and the dowries.

In McCabe vs McCabe, the court upheld the validity of the customary marriage between an Irish man and a Ghanaian woman, both of whom were living continuously in London at the time of the celebration.

The other important essence of the ceremony is that the families, not the spouses, declare their consent and so there is no legal requirement that the spouses be present or represented at this event.

It may be seen that the statute provides for the registration of a customary marriage after it has been validly formed. The emphasis here is that section 1 provides that, “a marriage contracted under customary law … may be registered in accordance with this act”.

The original wording imposed a duty to register, with the penalty for failure, but this would not appear to have diverged from the principle that the valid marriage was formed before registration.

The operative word of Section 1 section 2 of the Marriage Act, states that the marriages can be registered or may be registered after the marriage has been contracted, this lends support to my position that the Secretary of State is wrong when she finds that the date of registration of a Ghanaian customary marriage is the date that it was validly contracted.

The Ghanaian laws do not lend themselves to this position. The most obvious satisfactory evidence to confirm the existence of a customary marriage is that which would be used to obtain registration. That is a statutory declaration, which means the requirement set out in the Marriages Act, 1884-1985 (Cap 127, section 2).

It is my respectful submission that in the absence of registration, a Ghanaian customary marriage can still be held as valid if the legal requirements have been met as set out in the case of Yaotey vs Quaye.

In the case of Karim (Proxy Marriages- EU Law) [2014] UKUT 0024 with specific reference to paragraph 14, states that, “from this, we infer that a marriage certificate issued by a competent authority would be sufficient evidence that the marriage has been contracted”.

This was considered in the case of Adade vs Dade [1991] 1GLR 267 (CA) at 270, where Ampiah J held (the other members of the court concurring) that “the registration of the customary marriage, in the absence of fraud, will serve as conclusive evidence of the marriage, while a non-registered customary marriage, depending on the circumstances, will have to be proved”.

It is in this vein that I conclude that where Ghanaian customary marriage took place before the end of the transition period of the 31st of December 2020 but registered during the “Grace period” between January 2021 and 30th of June 2021, it is not the date of registration that should determine when the marriage was contracted but rather the date of the “ceremony”.

As was held in Asumah v. Khair [1959] GLR 353 (CA) “borrowing the words of the learned author of Sarbah’s Fanti Customary Laws, we say the customary law relating to marriage is simple in the extreme”.

It may be that our customary law marriage is too simple for the Home Office.

Bennard Owusu is the senior partner of BWF Solicitors, an award-winning law firm in London. He is also dual qualified as a barrister in Ghana and Solicitor to the Senior Courts of England 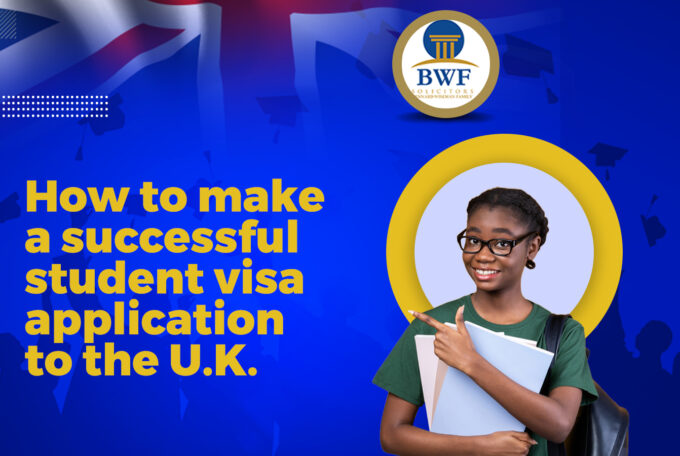 HOW TO MAKE A SUCCESSFUL STUDENT VISA APPLICATION TO THE U.K. 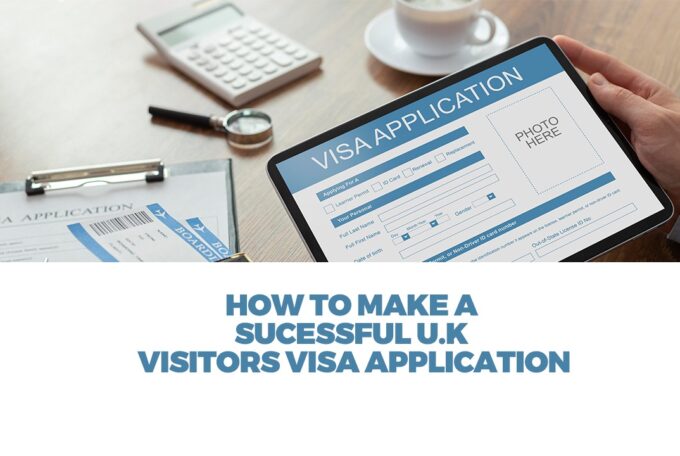 HOW TO MAKE A SUCCESSFUL U.K. VISITORS VISA APPLICATION 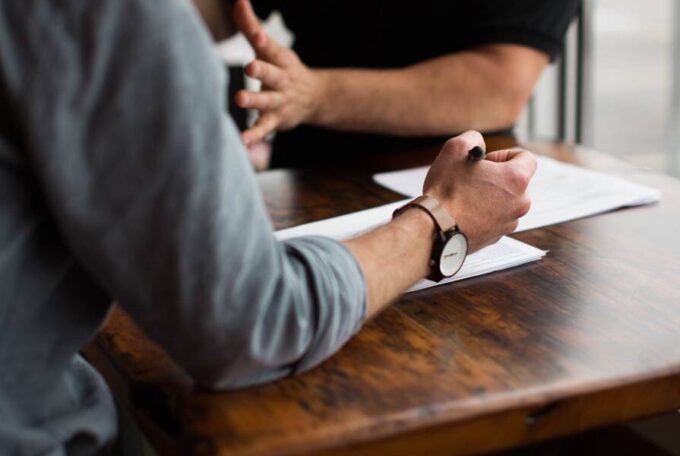 What Is ‘Continuity of Residence’ after 2020?